Time to share my enthusiasm for some artists that have recently come to my attention.

I am a fan of members of the famous Canadian Group of Seven painters, and they led me to other great Canadian artists. Specifically two, one of which I will show off in this post. 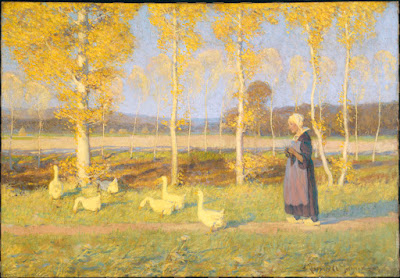 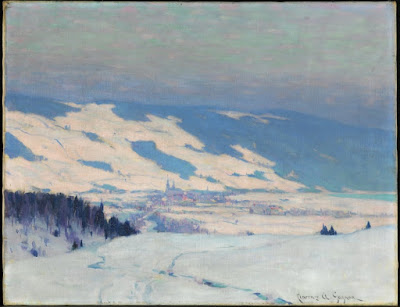 Clarence Gagnon was born in rural Quebec and studied art first in Montreal. He later also studied in Paris and returned to Europe many times. He lived most of his life in Baie-Saint-Paul, not far from Quebec City, downriver along the St. Lawrence.

Even though he lived and worked in Europe for long stretches, his subject remained almost exclusively his beloved Charlevoix region of Eastern Quebec. 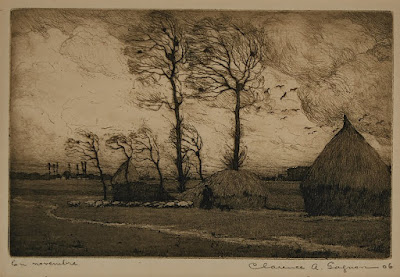 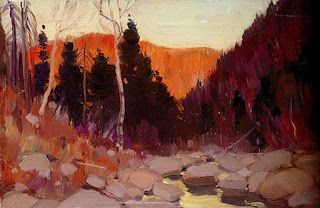 I just love his work. He had a great color sense and a wonderful looseness in his painting technique. All that, and then I saw his engravings – whoa. They are absolutely stunning and full of mood.

The National Gallery of Canada has a nice biography of him and a bunch of work online. 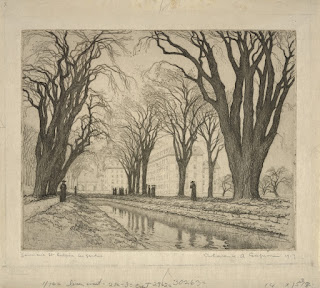 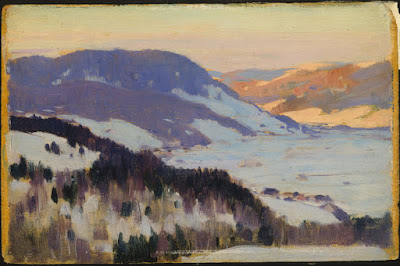 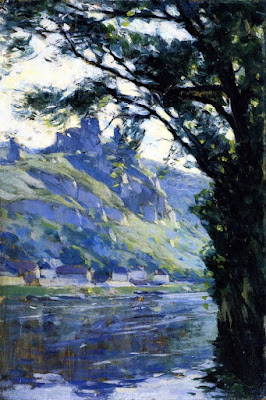 A little analysis of the above painting:

– wide, panoramic format (ratio of 1:3.3)
– cool color scheme of blues overall, with the house being the only overtly warm area
– groups of blue trees form 3 points of "rest," with the eye tending to move between them
– most saturated area of color is foreground center group of trees, also a very high contrast spot from trees to river behind

Posted by John Fleck at 8:54 AM No comments:

Online resources for artists and art-lovers in this cloistered age

Well, the world sure has changed since I last posted here in.... November?

Last week I did an Instagram takeover of the Lillstreet Drawing & Painting account:
https://www.instagram.com/lillstreetpainting/
In preparation for that, I compiled a list of new and ongoing worthwhile art-related online resources. Some specifically created for this cloistered age we live in. I never ended up posting them and so they are now a blog post.
Enjoy. 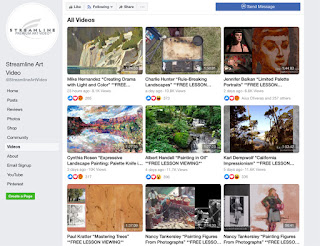 Free excerpts of Streamline art videos on FB:
https://www.facebook.com/StreamlineArtVideo/videos/
They keep adding more and they are not small excerpts. More like 1.5–2 hours long.
These videos are mostly quite expensive to purchase and so this is a great thing. Lots to be learned here.


Philip Mould’s Art in Isolation videos on IG:
https://www.instagram.com/philip_mould_gallery/
Mr. Mould is a gallery owner and one of the hosts of Fake or Fortune on the BBC. In these daily (weekdays) videos, he shows you around his home in the English countryside and goes into detail about pieces in his art collection.

Andrei Taraschuk's Twitter art bots:
Andrei Taraschuk creates art bots on Twitter. They are code that pull images off the internet and posts them to Twitter. They feed my eyes and brain with tons of beautiful images every day. It's one of the major reasons (for me) to even get on Twitter:
https://twitter.com/i/lists/976556889981906945

Online auction catalogs:
https://www.sothebys.com/en/buy/auction/2020/art-impressionniste-et-moderne
The link goes to  “Art Impressionniste et Moderne” at Sotheby's but there are a TON of these online and a great resource to browse/search for inspiring images. You can look through catalogs of current and past auctions.
Of course, there are plenty of other auction houses with great images online. Like Waddington's in Canada:
https://www.waddingtons.ca/auction/american-modern-art-feb-27-2020/gallery/?search_sort=price&search_page=2 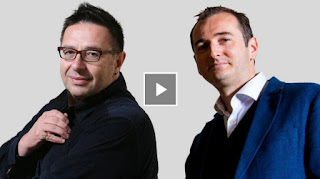 Waldy and Bendy's Adventures in Art:
https://www.thetimes.co.uk/article/waldy-and-bendys-adventures-in-art-25w56nkkm
Waldemar "Waldy" Januszczak (left) and Bendor “Bendy” Grosvenor host this art podcast. Well, not a normal podcast, as you listen in a browser window on the Times site. The plus is, that when an artwork is referred to, the image shows up. In that respect, far better than an audio-only podcast on the visual arts. Both of these gentlemen have hosted art programs I have enjoyed.
Just the other day, Mr. Grosvenor started a new podcast, Art History at Bedtime. I have as yet to listen to it.
https://www.stitcher.com/podcast/art-history-at-bedtime


Just the other day, I saw an article about the best museum web sites to while away your time on. The author wanted to make a list of ten (I think), but only two (!) made her cut. (I can't seem to find the original article right now.)
Anyway, the 2 were The Rijksmuseum and The Met. I have spent a lot of time on the Met's site. Not so much at The Rijksmusem's site.
You be the judge:
https://www.rijksmuseum.nl/
https://www.metmuseum.org/


Line of Action drawing reference tool:
https://line-of-action.com/practice-tools
Figure, animal, landscape reference site. You can just draw from something you like, or do a timed session to practice starts. Learning to start strongly and with a plan is key.