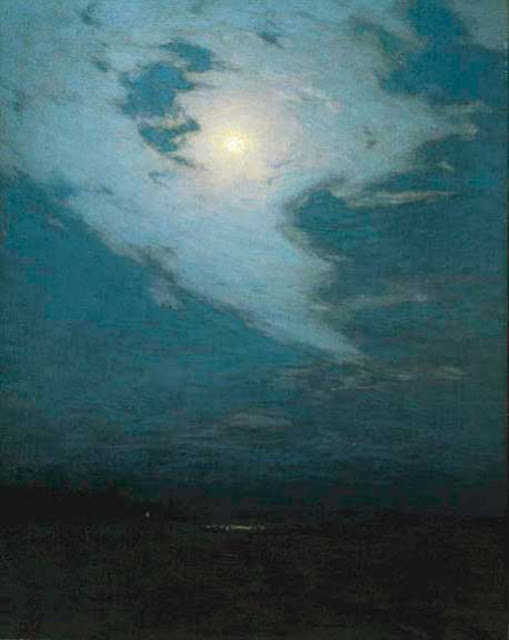 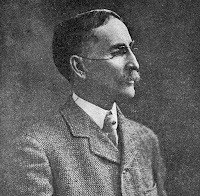 (I notice many sites have his first name as Lowell. It is actually Lovell, but many have mistakenly assumed the more common Lowell.)

They exhibited together at The Art Institute of Chicago in 1913.
The catalog from that show can be seen/downloaded here:
http://www.artic.edu/sites/default/files/libraries/pubs/1913/AIC1913A_BHarrison_comb.pdf
What a show that would have been to see... 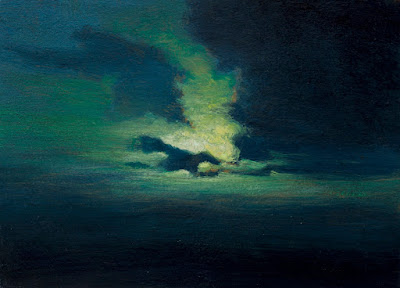 At one point in Landscape Painting Birge outlines the 4 distinct ways (as he saw it in 1909) to make an oil painting.

1. The classical approach of making a monochromatic underpainting and then glazing color on top, as Renaissance painters did.

2. Laying unbroken color in "smooth flat masses" as a house painter does

3. Painting dabs of differing colors like an Impressionist. The "spot and dash method," as Birge calls it.

4. Doing what Birge himself advocates (and presumably other Tonalists did?) and painting cool colors on top of a still-wet warm underpainting. "Care being taken not to mix or blend the two coats and not to cover up completely the undertone, rather letting it show through brokenly all over the canvas...." The visual interaction of the cool and warm giving the painting "vibration."
I plan to try this method. It seems to me that it might be tricky to do as he says and not inadvertently mix or blend the warm and cool.

I think this detail are from Fifth Avenue at Twilight shows the kind of vibration he went after in his work. The turquoise and violet in the distant building contrast and vibrate with their differing hues, but their values are very similar: 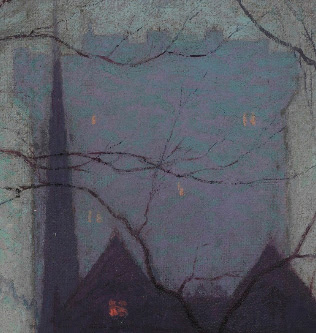